The Tamur River, also called Tamor Nadi, is a major river in eastern Nepal, which begins around Kanchanjunga. The Tamur and the Arun joins the Sun Koshi at Tribenighat to form the giant Saptakoshi which flows through Mahabharat Range on to the Gangetic plain. The watershed for the River Tamur extends from the slopes of the mountains of the Umbhak Himal on the border with Tibet, across to the slopes of Kanchenjunga (the world’s third highest peak). It is an outstandingly beautiful river with superb views of the Himalayas mountain range, including Mt. Everest, Mt. Kanchenjunga and Mt. Makalu. The river trip includes around 120 km of continuous 125 rapids, grade 3 to 4, with some graded -5, making one of the best white water expedition trips in the world..

Tamur river(Tamor Nadi) is one of the best white water trips in the world, with the four-day trek to the put-in point takes you through beautiful rhododendron forests and the scenic views of Kanchanjunga Mountain range. Deer, Langur Monkeys, Yaks on the trekking/yak cheese, Common Kingfisher, River Chat and family, Himalayan Mashare, Silver carp and family are some of the animals and birds may see around this river. A trip to Tamor offers a thrilling experience combined trekking, Rafting and exploration through cultural heritage.

Upon Arrival at Tribhuwan International Airport, You will be met and greeted with a traditional welcome by TravHill representatives and be transferred to your hotel in Kathmandu.

Breakfast. The adventure starts with a short but scenic flight from Kathmandu to Biratnagar in eastern Nepal. Stop for lunch and drive to the hilltop town of Hile and overnight, at Basantapur. The drive from Hile to Basantapur is along a ridge with superb views.
3

Our expedition will begin with a trek from Basantapur to Chauki, which takes around 4 to 5 hours. The trail is quite challenging, and we will employ porters to carry your personal gear bags. The guides will show you the way. By the time, we reach Chauki; we will be exhausted. In Chauki, we will be staying in a local tea house where we will enjoy our dinner too.
4

Trek from Chauki to Gufa Pokhari

After breakfast, we will resume our trekking. After about 4 to 5 hours, we will reach Gupha Pokhari. Gupha Pokhari is a lake at the height of 2,900 metres and lies in Sankhuwasabha district.

The trail to Gupha Pokhari is equally fascinating; you will be witnessing beautiful landscape and diverse cultures. If you take this trip during the March to June season, you will get to experience different varieties of rhododendron in full bloom. From your trail, you will also be able to enjoy the views of Mt. Kanchanjunga (world’s third highest mountain, at 8,586 m) and Mt. Everest (world’s highest mountain, at 8,848 m). We will spend our night at Gupha Pokhari in our camp.

After a hearty breakfast, we will continue our trek forwards, from Gupha Pokhari to Gorja. You will be amazed by the varieties of flora and fauna, you will see on the way. You will also have an opportunity to observe some of the most remote rural settlements in Nepal, and perhaps in the world. We will be staying at Gorja in our camp for the night.
6

This is the final day of trekking. We will start from Gorja and reach Dovan in about 3 hours and set up our camp there. We will be spending our day for much-needed rest and prepare for running on Tamur, the next day.
7

By now, we have trekked for 4 days; today the much-anticipated part of the Expedition – rafting starts. We will get to Kabeli Khola (River is called Khola in Nepali) from Dovan. We will prepare all the necessary gears, and the professional rafters will brief you on the safety measures. This day we will encounter some challenging white water rapids like House Rock (Class IV), Pariah Dog (Class IV+), Hodson’s Sandwich (Class IV+), Hodson’s Last Rite (Class IV+) while paddling for about 25 kilometres in Kabeli Khola. We will camp at a beach by the banks of Kabeli for that day.
8

We will raft to Hinwa Khola from Kabeli. The rapids become more challenging right from the beginning, but the rapids decrease in frequency once we cross the Limbu Bridge. While rafting we will come across white sandy beaches, blue water and sparsely populated area. We might be seeing more monkeys than people. As we raft downwards, we will see lower mountain regions. This region is near to Koshi Tappu Wildlife Reserve (75 m – 81 m). Hence you get to see various varieties of birds. Koshi Tappu is home to around 500 bird species. We will stop by the sandy beaches and set up our camp.
9

After breakfast, we will start rafting from Hinwa Khola to reach Limbhu Khola. At first, the river is flat and therefore we can loosen ourselves a bit and enjoy the landscape. Interested Kayakers may kayak in this region. On our way, we will be encountering few Class II or III rapids. Over the river, we will occasionally see suspension bridges. We will be spending that night in the Camp, by the side of Limbhu Khola.
10

By this day, we will have rafted for four days on some of the most exciting and vigorous rapids. So, on this day, we will get a chance to relax a bit. As we raft, we will be passing only a few small rapids. In around four hours, we will reach Mulghat from Limbhu Khola. We will spend the night at Mulghat.
11

The next day, we will paddle on Tamur River to reach Tribeni (Tribeni means confluence of three rivers in Nepali.) On our way, we will be passing through 30 exciting continuous rapids; the most notable ones are – Ashram (Class IV+), Hell Hole (Class IV) and Bat Below (Class IV). We will be setting up our camp for that day at Tribeni, by the side of Sun Koshi.
12

Drive back to Kathmandu

After breakfast, we will raft until we reach the famous Hindu temple of Baraha. We will spend some time sightseeing, and then paddle to Chatara – our final put out point. We will have our lunch at a local restaurant. From Chatara, we will take a private bus and drive for about 14 to 15 hours to reach Kathmandu. We will stop our bus on the way for dinner at a Nepali restaurant. You can choose to stop at Chitwan National Park to enjoy the wildlife.

There is one more option; you may go to Biratnagar from Chatara and then fly to Kathmandu. Transfer to Hotel in Kathmandu & Overnight. 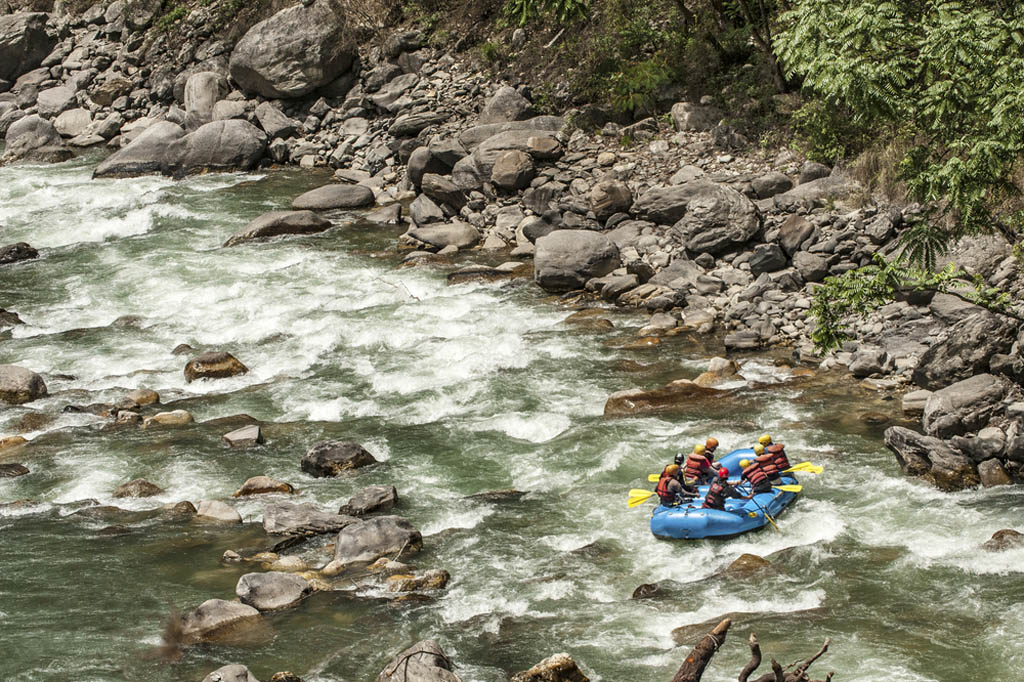 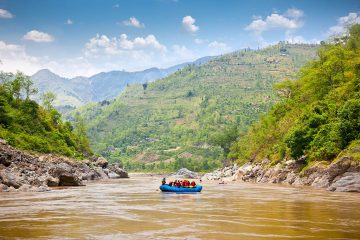 Bhote Koshi Rafting is suitable if you
1Night/2Days
Bhotekoshi, Kathmandu 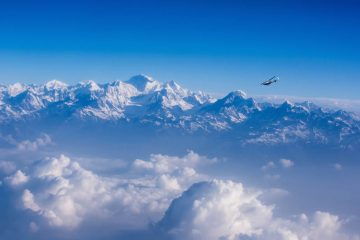 Flying the heli tours direct towards the
3Nights/4Days
Annapurna Base Camp, Kathmandu, Pokhara 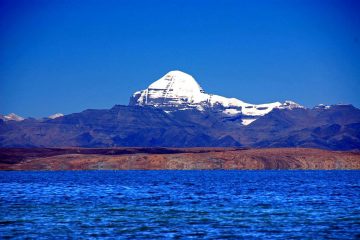 KAILASH YATRA Kyirong By Over Road